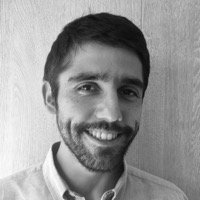 Gonzalo has been an Associate in G. Bitrán & Asociados since mid-2017. He has participated in projects mainly linked to the areas of regulated markets, competition and antitrust, and antidumping legislation. These projects have dealt with various sectors such as the steel industry, the market for electronic payment and collections, power generation and transmission, and gas distribution. Among the main companies he has advised in Chile are CAP Acero, Gerdau AZA, as well as international power, mining and gas distribution companies .

Previously, he worked as an analyst in the research area at the Financial Analysis Unit (UAF), where he researched about issues related to the prevention of money laundering in Chile.

Mr. Salazar graduated from the Business Administration School of the Diego Portales University and later obtained his Master’s Degree in Applied Economics from the University of Chile, being awarded with “Maximum Distinction”. During his studies he was an assistant professor for undergraduate courses in economics, finance and mathematics, as well as at graduate courses in economics. He is expected to start his doctoral studies in economics at Boston College in August, 2018. He speaks Spanish and English.