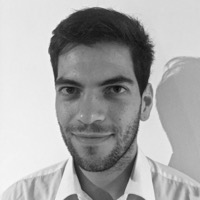 Pablo Ramírez Letelier is an Associate at G. Bitrán & Asociados since 2016. He has participated in projects related to the steel industry, mining and natural gas distribution, mainly in topics related to anti-dumping legislation, commercial and economic litigation. Among others, he has advised Sociedad del Canal del Maipo, American Screw, CAP Acero and the steel producers trade union Asimet.

He worked as an external consultant for the Research Department of the Inter-American Development Bank at the headquarters in Washington D.C., and in Santiago, Chile, and as a professor of econometrics at the Catholic University of the North, in Chile. As a student, he was an assistant professor in undergraduate courses in economics and computer science and at the MBA level in economics, at the University of Chile. In addition, he has worked as a research assistant, he has presented papers in international seminars and he published papers in trade magazines.

Pablo graduated from Business School from Universidad Católica del Norte and is a candidate for the master’s degree in Applied Economics at the University of Chile. He speaks Spanish and English.