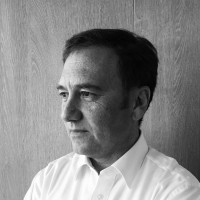 Gabriel founded G. Bitrán & Asociados in 1995, now one of the leading consulting firms in Chile in the areas of regulation, applied economics, energy markets and competition and antitrust. Since then he has led the firm as Managing Partner.

In terms of public policy, Mr. Bitrán has participated in or been in charge of designing government agendas for energy for three presidential candidates. Additionally, he had an active role in the discussion and drafting of a new law that regulates power transmission in Chile. He was also part of the presidential advisory committee that drafted the new regulation for the Chilean natural gas market. In addition, through his consulting firm, Mr. Bitrán has acted as an advisor regarding laws and regulations to various business associations, including: The Confederation of Production and Commerce, The Association of Electricity Companies, The Association of Water Companies and the National Chamber of Shopping Centers.

On another front, Mr. Bitrán is or has been a board member of multiple companies listed on the Chilean stock market, including Copec (Chile’s largest industrial holding of companies), Soprole (Chilean leader in the dairy market, affiliate of New Zealand’s Fonterra) and Chilevision (a free-to-air Chilean TV channel and Time Warner affiliate). He has also served as a board member of Rabobank Chile, Patagoniafresh, Ceramica Santiago, STX Cable as well as the following listed companies: Campos Chilenos, EMEL (and its subsidiaries Eliqsa, Elecda, Emelari, Emelat), Empresas Iansa, Delsur (El Salvador) and Elfec (Bolivia).

Likewise, Mr. Bitrán has recently been named 2 times by the publication ‘Who’s Who Legal: Competition 2016’ as being among the most prestigious economists in Chile in the field of competition and antitrust.

Mr. Bitrán graduated in Industrial Civil Engineering from the University of Chile with “Maximum Distinction”. He is married, has 4 children and speaks Spanish, English and French.